Оn behalf of Continent company I welcome you to our website.

For 15 years we have come a long and difficult way from a small group of like-minded people to a serious large-scale holding, from small tasks to the implementation of projects of the all-Russian scale.

The list of our goods and customers is respected and at the same time obliges to meet the high level of professionalism and responsibility.

A person who has an idea of customs clearance in the Russian Federation, is well aware of how creative should be the approach to solving emerging issues in our field. The difficulties we have overcome have hardened us, and at the same time we still have the original flexibility of approach. Our business strives to be the most useful for you in any market conditions throughout the Russian Federation.

Turning to our company, you will receive not only a full range of services provided by any serious customs representative, but also our sincere attention, care and friendly shoulder.

We sincerely support the most basic concept of existence:

Helping people to be happy-creating and implementing new Ideas. Making the world a better place-connecting Continents with bridges of different logistics solutions. To be just the reliable Partner.

Therefore, the optimal path to a particular goal provides us expertise: the accumulated experience and competence. And choosing the right or the most appropriate course of action helps to determine the values that guide our Company.

The company's birthday is timed to the date of the first office lease agreement — July 19, 2002.

In 2004 the Moscow representative office of the company was opened. Since that time, the "Continent Customs Agency" carries out customs clearance of goods directly to Moscow and the Moscow region. Direct deliveries from Europe to Moscow. Transport service.

2005-2006 became years of dynamic development of the company: the staff expanded, there were new opportunities for rendering more services.

Since January 2006-the formation of the customs Declaration Department and the beginning of work at the Baltic and St. Petersburg customs. During the year there were also opened branches of the Department, in 2007-the opening of a branch in Aspen grove.

In April 2008, Continent opened its branch in Murmansk.  The staff of qualified specialists carries out professional registration of all goods connected with supply of the Russian vessels, registration of fish products, assistance in registration of veterinary documents is rendered.  Standard mode. Oil and gas companies, members of "Murmanshelf", "Atomflot", "Sovcomflot", as well as 50% of fishing companies use our services for customs clearance.

In November 2008, the Continent Customs Agency joined the chamber of Commerce and industry of St. Petersburg. Due to the dynamic growth and development of the group of companies "Continent" is expanding its branch network throughout the Russian Federation.

In September 2009-opened a branch in Novorossiysk. From that moment it became possible to customs clearance of goods coming to the South of Russia from China and Turkey. Fast and professional clearance of cargo arriving by sea and road at the port.

In November 2009 - opening of a branch in Nizhny Novgorod.  The main activity - Declaration of the freights arriving directly for consignees of Nizhny Novgorod and the Nizhny Novgorod region. Complex work on large contracts with large clients is carried out. The work of the branch staff is distinguished by the speed and clarity of design.

In autumn 2009-the company opened a new direction to provide a range of legal services in the field of foreign economic activity.

In February 2010-opened a branch in Kaliningrad.  The specifics of the branch's activity is the implementation of customs clearance of goods entering the special Economic zone, as well as to the Russian consignees coming from Europe.  Providing services for transit registration in the Russian Federation (transport, customs clearance). Executed complex mnogogolovy goods.

In December 2010 - opening of a branch in Rostov-on-don.  A team of qualified employees of the branch provides services of fast and high-quality customs clearance of liquid, bulk cargo arriving in the southern ports of the Russian Federation. Logistics and port forwarding services are provided, as well as services for ships engaged in river-sea transportation.

In March 2011-opened a branch in Belgorod.  In connection with the opening of the branch, it became possible to customs clearance of cargo from Ukraine, as well as goods in transit through Ukraine (both road and rail), fast and high-quality clearance of goods in the mode of import and export.

In June 2011, a branch was opened in Kazan.  Professional experts provide services for customs clearance of goods from Ukraine, Belarus, the Baltic States, as well as from Western Europe.  Freight forwarding services by all modes of transport, including transportation of all types of cargo.

In 2011, the Continent Group of companies became a member of the Guild of professional traders, which allows us to take part in the formation of favorable economic, political and legal conditions for the development of business activities in the field of foreign trade, ensuring the effective development of the Russian economy.

In 2013 - GC "Continent "was awarded the all-Russian award"national brand of quality".

In August 2014, we became a member of the European business Association. Membership in the Association will allow us to participate in events held for the business community of Europe. Moreover, we plan to actively use the opportunity to interact with representatives of the legislative and Executive authorities of Russia and Europe to promote the interests of business in the field of foreign economic activity.

In December 2014 - opening of a branch in Krasnoyarsk. Krasnoyarsk branch of the group of companies "Continent" offers its customers a full range of services in the field of foreign economic activity in the Siberian and far Eastern regions. Customs clearance is carried out at the customs posts of Novosibirsk, Krasnoyarsk, Irkutsk customs, MAPP Zabaikalsk.

In the 4th quarter of 2014 on the basis of the customs clearance Department of the Moscow branch in Ivanovo was formed a Single Declaration Center (ECD). This structure was created to localize the forces of filling declarations, as well as to optimize the costs of the Group of companies, and, consequently, the costs of customers. ETSD was created to develop a unified approach to the process of Declaration in GK "Continent": maintaining a single database DT, Analytics, etc. ETSD allows to carry out customs clearance of any goods in any customs office of the Russian Federation, which indicates the client.

In December 2016-the company " Continent project cargo "(as part of the group" Continent") received a certificate of inclusion in the Register of Authorized Economic Operators, which opens up new opportunities for us to carry out its activities, simplifying the procedure of customs clearance for our customers.

"Continent" today is a Group of companies with a staff of more than 150 people. One of our key advantages - orientation to the client, the principle of work "turnkey" that allows the customer not to undertake the solution of small or long on time questions, regardless of their orientation: whether it be search of equipment for Your tasks or timely delivery of difficult freight.

The scope of activities and quality of services continues to expand. For more than 14 years, the Continent team has been at the forefront of the struggle against difficulties and changes in Russian business, but we strive to be one step ahead of our competitors. Our immediate goals are to provide our clients with a fundamentally new level of services, to become a Russian customs and transport company.

We are proud of our customers who believe in us, our employees who remain loyal to the company, and will make every effort to "Continent" developed and prospered.

Usage of the Internet is becoming more common due to rapid advancement of technology and the power of globalization. Societies are becoming more inter-connected.

Thoughts from different cultures are shared through the use of Internet chat rooms and web postings. Study results also track the most popular uses of the Internet: “this year’s study shows that e-mail is the top task conducted online, followed by general surfing, reading News, shopping, and seeking entertainment News.” 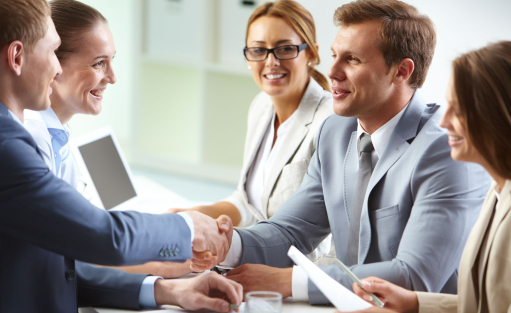 We will call you back and advise free of charge on the necessary issue.